There are a couple of ways you can enter the United States to temporarily do business. You may apply for a B-1 visa or you can enter the country through the Visa Waiver Program if you are from a qualifying country.

Both provide you with limited duration access into the United States, with each offering flexibility that can be suited to your short-term business needs.

How Eligibility.com Can Help You Find the Right Travel Visa

Although a Temporary Business travel options to enter the country are for short-term activities only, attempting to navigate the visa application process or the visa waiver process can be a bit intimidating.

That’s why Eligibility.com is ready to help you. In most instances, you can access the information you need regarding the B-1 visa program by reading this guide or through our website. But if you want more help, we’re here for you.

As part of our pledge to be your one-stop resource, Eligibility.com has a trained staff of professionals who can get you the answers you’re seeking related to obtaining a Temporary Business Visitor visa. We’re also ready to help you get the information you’re looking for with dozens of other government services and programs.

If you can’t find the information you need in this guide, we encourage you to contact us through this website, by e-mail, or by calling us at 888-959-1135.

The best part is, as a public service, our help is FREE.

B-1 visas are also known as Temporary Business Visitor visas and are issued to foreign nationals who will be visiting the United States for short-term business activities.

Some of the common reasons a B-1 visa may be used for include:

B-1 visas are meant strictly for short-term activities, and the typical maximum time granted on this kind of visa is six months. You may be eligible for a six-month extension, bringing your total to a one year stay. Before a B-1 visa can be granted, the applicant must show proof that they have sufficient funds to cover the expenses incurred during their stay. They must also show sufficient proof that they fully intend to return to their country of origin as evidenced by binding ties that may include family, business ventures, a job and other anchoring factors.

If a consular officer suspects that an applicant intends to stay in the United States beyond their maximum allowable time frame, their request to enter the country can be denied. If entry is refused, there is no appeal process, although an applicant can apply for a B-1 visa again.

Family members who want to accompany a B-1 visa holder to the United States must apply for a separate B-2 visa.

A B-1 visa may not be used for ongoing academic studies, ongoing employment, for a paid performance in front of an audience, conducting work as a foreign journalist in print or electronic media, or as a stepping stone to become a permanent resident of the United States.

The first step in applying for a B-1 visa is to complete an Online Nonimmigrant Visa Application, Form DS-160. Once the Form has been completed, the applicant will be able to print out an application confirmation page that they will need to bring to their visa interview. Applicants will also need to bring a proof of payment for their application as well. Currently, the fee to apply for a B-1 visa is $160.

Applicants must schedule an interview at their native country’s U.S. embassy or consulate. Waiting times will vary by country, so it is best to plan as far in advance of an intended travel date. At the interview, a consular official will determine if a visa should be issued or if more documentation or administrative processing is required.

More information on B-1 visas are available at the U.S. Department of State, Bureau of Consular Affairs website.

No visa is required by citizens of participating countries when visiting the U.S. for tourism or business travel for up to 90 days. Travel applies to all 50 states as well as all U.S. territories such as the U.S. Virgin Islands and Puerto Rico.

Countries that participate in the Visa Waiver Program include:

Additional countries may be added to the list, as long as they pass a rigorous criteria and approval process. Countries may also be deleted from the list if U.S. officials deem that the country in question has violated terms of the Visa Waiver Program.

Travelers who enter the country under the Visa Waiver Program do have the option of changing their visa status to another classification that will allow them to stay beyond a 90-day time frame.

The Electronic System for Travel Authorization

International travelers who want to travel to the U.S. under the Visa Waiver Program must enroll in the Electronic System for Travel Authorization, better known as ESTA.

ESTA is an automated tracking system that allows U.S. officials to determine the eligibility of travelers who intend to come through immigration checkpoints at airports and points of entry along United States borders. It is an extra layer documentation that allows the Department of Homeland Security to spot security risks prior to travel to the United States.

Applying for a new ESTA is a simple process that can be completed on the U.S. Customs and Border Protection website.

Applicants must complete the authorization form in English and be prepared to answer questions about criminal convictions, communicable diseases and any other visa issues resulting in deportation or the revocation of a visa.

Travelers should submit an ESTA application as soon as possible after they have decided to travel. Travelers don’t need to have specific travel plans to the United States when they complete the application.

Applicants will need a valid passport from a participating country, a valid credit card to pay the $14 application fee and appropriate contact information. If you’re traveling with a group, the website allows up to 50 individuals to apply for an ESTA authorization at one time. Once approved ESTA authorizations are good for two years or until a traveler’s passport expires.

The Western Hemisphere Travel Initiative established enhanced and standardized document requirements for travel into the United States from Canada, Mexico, the Caribbean and Bermuda. The goal of WHTI was to strengthen border security for the United States while making entry into the country more secure and convenient.

Starting in 2009, U.S., Canadian and Bermudian citizens were required to start presenting approved travel documents when entering the United States.

U.S. citizens who are adults are able to present a valid:

U.S. and Canadian children under 16 years old arriving in the United States from Mexico, Canada or the Caribbean can present an original copy of a birth certificate, a Consular Report of Birth Abroad, a Canadian Citizenship Card, or a Naturalization Certificate.

Regulations did not change when the WHTI was enacted for travelers from U.S. territories. This is because U.S. territories are considered a part of the United States. Those territories include: Guam, American Samoa, Swains Islands, Puerto Rico, the U.S. Virgin Islands, and the Commonwealth of the Northern Mariana Islands.

As part of the WHTI, the Department of State began issuing U.S. Passport Cards, which is a limited use document acceptable only for land and sea travel entering the United States from inside the Western Hemisphere.

As an offshoot of the Western Hemisphere Travel Initiative, and to facilitate a standardized and more convenient entry program, some states have begun issuing Enhanced Driver’s Licenses.

These licenses show identity and citizenship for the carriers. Washington, New York, Michigan and Vermont are issuing EDLs for residents of those states. They can be used to enter the United States from Canada, Mexico and the Caribbean instead of a passport. They are accepted for land and sea travel, but not international travel by air. The Canadian provinces of British Columbia, Ontario, Quebec and Manitoba all issue EDLs to Canadian citizens who are residences of those provinces. 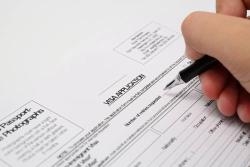