The H-1B visa is for foreign professionals who have a specialty occupation and want to come to the United States to work. The visa allows American companies to recruit and employ these workers for a limited and specified amount of time.

Because demand for these visas is always greater than the allotted quota, a lottery determines which applicants will receive a visa. Currently, there is an annual cap of 85,000 visas for those applying for the first time.

Even if you are a highly trained professional in a specialty occupation, attempting to navigate through H-1B visa process can be a bit intimidating. There are numerous forms to complete and you must meet certain deadlines to give yourself the best possible chance of securing a coveted H-1B visa.

That’s why Eligibility.com is ready to help you. Much of the information you need can be accessed by reading this guide or through our website. But if you want more help, we’re here for you.

As part of our pledge to be your one-stop resource, Eligibility.com has a trained staff of professionals who can get you the answers about H-1B visas, as well as dozens of other government services and programs.

If you can’t find the information you need in this guide, we encourage you to contact us.

The best part is, as a public service, our help is FREE.

How to qualify for an H-1B visa

To qualify for an H-1B visa, you must meet the following criteria:

H-1B visas are initially issued for three years. Extensions are available for up to an additional three years. Generally, the maximum stay under an H-1B visa is six years, however in some circumstances, further extensions may be granted, such as when a specialty worker is employed by the United States Department of Defense, in which case the maximum duration is 10 years.

On April 1 of every year, the U.S. government starts accepting H-1B applications, six months in advance of the following fiscal year that begins on October 1. This makes April 1 an extremely important date. From those applications, the United States Citizenship and Immigration Service conducts a lottery and issues 65,000 general category visas and an additional 20,000 advanced degree visas. Due to overwhelming numbers of applications, in recent years USCIS has only considered applicants for the lottery if they applied during the first five days of the preceding April. This makes it critical to have documents ready to submit if you are an employer who wants to sponsor an H-1B employee.

Workers from Australia can also come to the United States to work on a temporary basis under the E-3 visa program. Up to 10,500 Australian nationals who want to work in specialty occupations in the U.S. may apply for an E-3 visa.

Due to other trade agreements, the Commonwealth of the Northern Mariana Islands and Guam are also exempt from the cap numbers.

H-1B workers who are sponsored by a U.S. college or university, a non-profit research institution or a government research entity are not included in the cap numbers.

Cap numbers fill up quickly so it is best to start planning as soon as possible if you know you will be applying for an H-1B visa that falls under the numerical cap.

H-1B visa holders can bring spouses and children under 21 years old into the country as dependents under the H4 visa category. Currently, those admitted to the United States under an H-4 visa are not allowed to work in the country.

It’s important to note that H-1B visa holders are required to pay Social Security and Medicare taxes and they are eligible to receive Social Security benefits after paying into the system for at least 10 years.

If an employer terminates the employment of an H-1B worker, the employer is required to offer to pay for the worker to return to their last residence in their home country. This does not apply if the H-1B worker resigns.

When H-1B employment comes to an end, USCIS must be notified by the employer so that the petition can be revoked. If the petition remains in effect, then the employer must continue to pay the H-1B worker’s wages.

Under some circumstances, an H-1B worker may change employers in the United States. Known as “portability” there are several guidelines that apply.

How to apply for an H-1B visa

After an applicant wins a number in the annual lottery, their employer files a Form ETA 9035, Labor Condition Application (LCA) with the United States Department of Labor. The LCA will state that the employer intends to pay the H-1B worker a prevailing wage and that the H-1B worker’s employment will not affect other similar U.S. workers.

After the LCA has been approved, the employer files a Petition for a Nonimmigrant Worker, Form I-129. This is the actual request for a worker to receive an H-1B visa. As of 2015, the cost to file this petition is $325, payable to the USCIS.

Premium processing is also available for H-1B visa processing with approval decisions that can be made in 15 business days by filing a Request for Premium Processing, Form I-907. However, there is an additional cost of $1,225 for this service.

After the Form I-129 has been approved, the worker may use this document to apply for an H-1B visa that will grant them entry into the United States. At a port of entry, the worker will get a Form I-94 granting them permission to enter the country and spells out details of their stay.

One of the best things about applying for an H-1B visa is that it is considered a dual intent visa. This means that a person can also simultaneously pursue obtaining a U.S. Green Card and their H-1B status will not be revoked.

For more information, view our Ultimate Guide to Visas, visit our website, or go to the US. Citizenship and Immigration Services page for H-1B Visas. 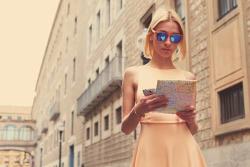