Comprehensive prescription drug coverage became part of Medicare in 2006 with the introduction of Part D plans. Since then, the number of beneficiaries has doubled, from 22 million to nearly 45 million. These plans help people 65 and older (and people with specific disabilities) pay for their medications, but rising drug costs continue to concern enrollees.

To learn more about medication costs, we compared the 10 most expensive drugs covered by Medicare with the 10 most common drugs used by Medicare beneficiaries. We also looked at prices for drugs such as epinephrine and insulin, which have reputations for being expensive.

Here’s what we discovered.

The most expensive vs. the most common Medicare drugs 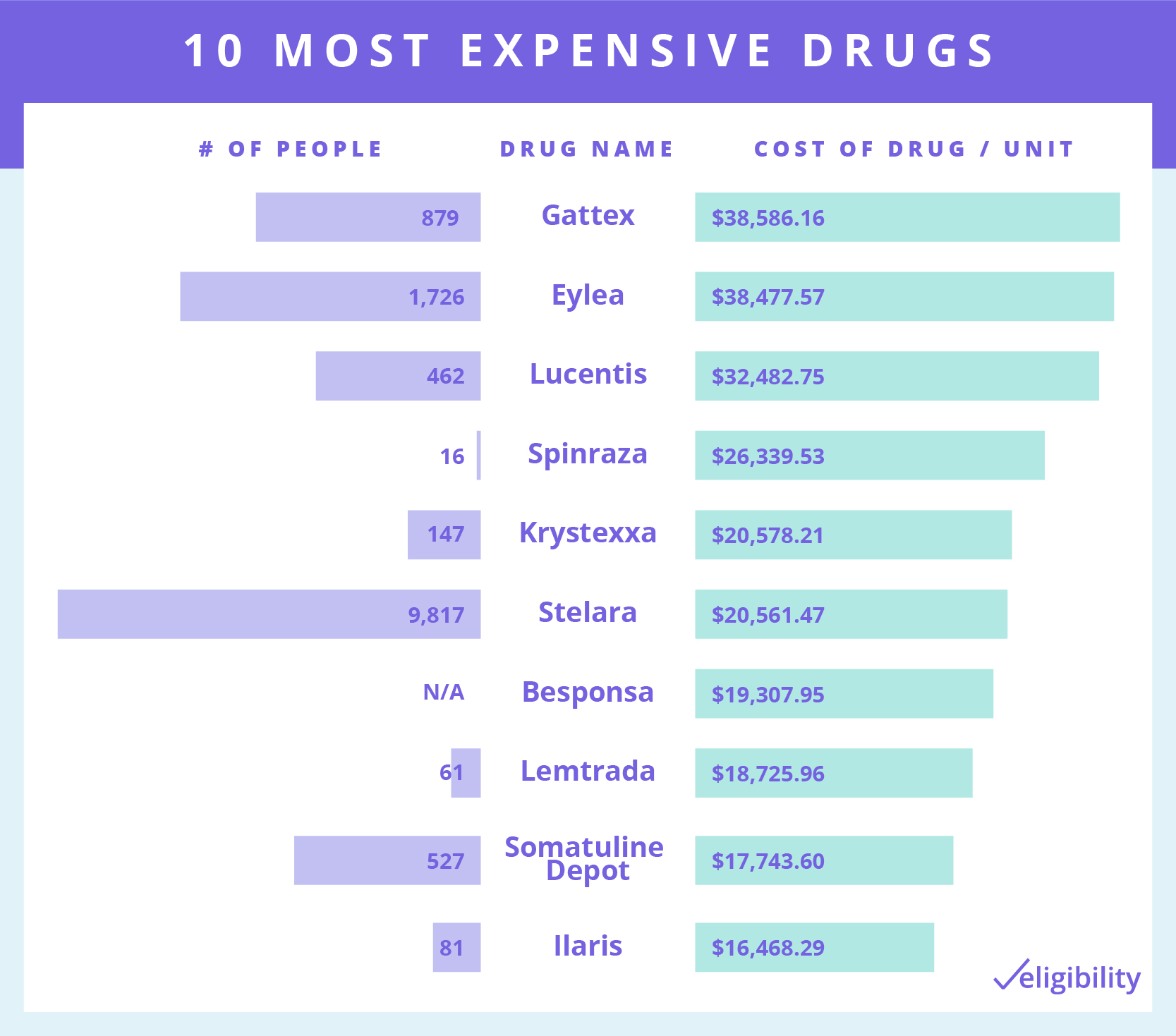 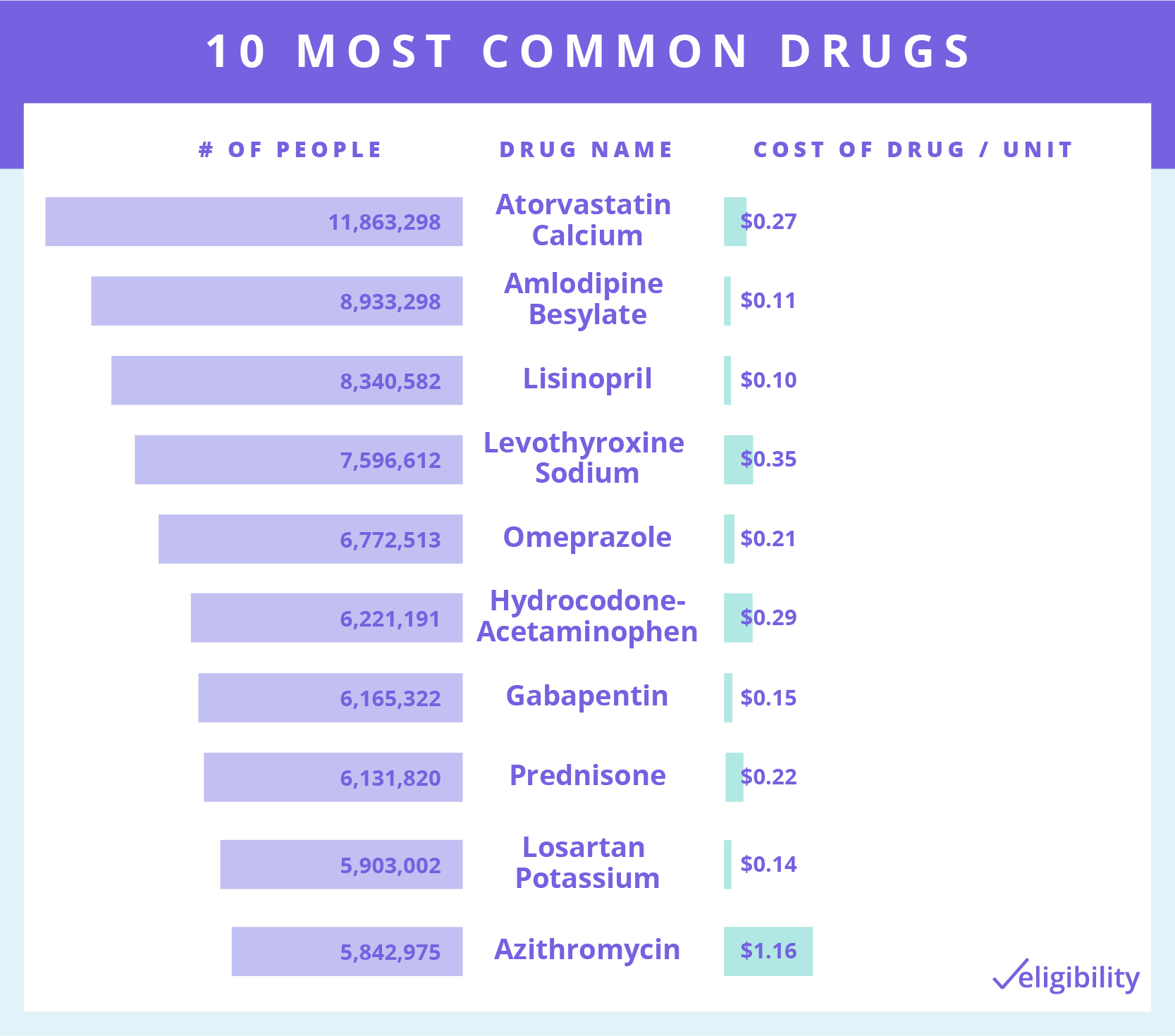 Medicare Part D drug plans use several strategies to keep costs down, including working with manufacturers on pricing, favoring generics over brand-name medications, and requiring beneficiaries to request coverage in advance for particularly expensive drugs.

If prescription costs are too high, Medicare beneficiaries should ask a doctor if there's a less expensive or generic option. Using a prescription mailing service, many of which send you a few months’ supply at a time for a lower cost, is another option. Finally, finding pharmaceutical assistance programs or applying for the federally funded Extra Help program can help low-income people avoid skipping doses of life-saving medications to "stretch them out" over a longer period.

We sourced data from the Centers for Medicare and Medicaid Services (CMS) to determine which prescriptions had the highest total number of Medicare beneficiaries using them and the highest average spending per dosage unit. From there, we collected information around the top 10 most expensive medications and the top ten most common drugs.

Learn more about how the CMS calculates data such as spending per dosage, average spending, and spending growth rates.

Written by
Kat Casna
Kathryn is a Medicare and geriatric specialist who has appeared on Baby Boomers, OppLoans, and Best Company. Her readers don’t need a degree in government-speak to get the right coverage because Kathryn sifts through Medicare’s parts, plans, and premiums to distill only the most useful information. Her favorite place in the world is a hammock that swings peacefully between two crabapple trees somewhere in New Mexico’s Gila National Forest.
Read More
Related Articles